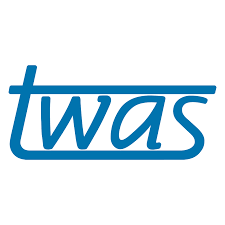 The World Academy of Sciences for the advancement of science in developing countries- TWAS Awards (previously called ‘TWAS Prizes’) are awarded to individual scientists from developing countries in recognition of an outstanding contribution to scientific knowledge in nine fields of sciences and/or to the application of science and technology to sustainable development.

To abide by the decision of the TWAS Council taken in November 2018, the cycle of the TWAS Awards will be every two years. Additionally, during the TWAS Council meeting held in Hangzhou, China, on 11 November 2019, the request by UNESCO to change the term ‘prize’ to ‘award’ for all existing and new TWAS distinctions other than medals was approved, and therefore this award scheme is now called ‘TWAS Awards’.

The outstanding contribution may be defined in relation to existing opportunities and realistic possibilities available to the candidate.
This applies particularly to candidates from scientifically disadvantaged countries.

PLEASE NOTE THAT THE DEADLINE TO RECEIVE NOMINATIONS IS 16 MARCH 2020. HOWEVER, WE STRONGLY RECOMMEND THAT YOU DO NOT WAIT UNTIL THE DEADLINE BUT SUBMIT YOUR NOMINATION AS EARLY AS POSSIBLE.

How to nominate a scientist

The ‘TWAS Awards’ nominations can only be submitted electronically through the on-line platform by clicking on the “NEW NOMINATION” button.

To resume working on saved nominations, click on the “RESUME” button.

A nomination is considered complete only if includes all of the following information/material:

This authorization can only be submitted through the online platform. In particular, nominees will be contacted by TWAS by means of the email address inserted in the nomination form, and requested to submit online their acceptance, if so they wish, by the deadline indicated.

Visit the TWAS website for further information and inquiries.

ABOUT US
Space in Africa covers the business, technology, discoveries, events and political news about the African space and satellite industry.
Contact us: info@africanews.space
FOLLOW US
© Space in Africa
MORE STORIES

Apply For The 2019 IAU PhD Prize To Recognise Excellence in...